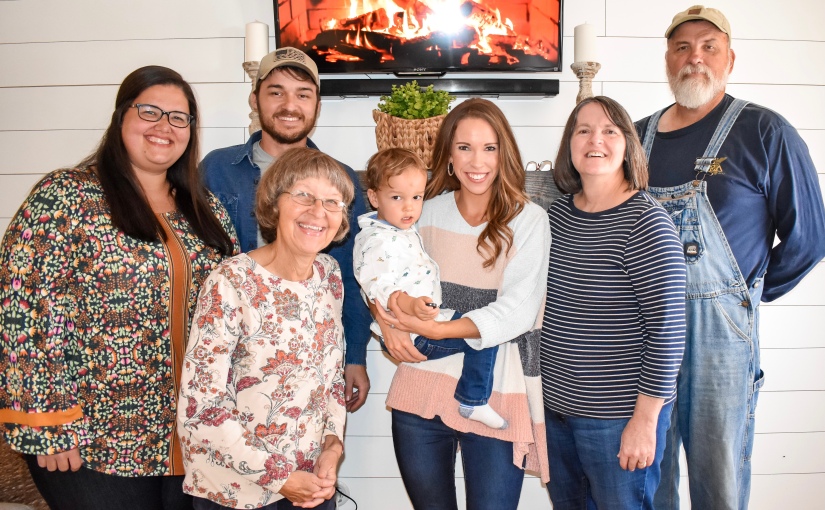 Happy Friday! I don’t know what your work schedule has been like this week, but being off of school and spending time with family has done my heart so much good!

When you have multiple functions to attend during the holidays, sometimes it can be overwhelming. I’m going to break down how we handled Thanksgiving this year.

My mom’s side of the family always does Thanksgiving and Christmas the Saturday before the holiday, and this year was no exception. Even in the midst of COVID, it was decided that we’d still get together.

Isaac had a blast! He basically ran around for the whole time and thoroughly enjoyed playing with his cousins. The only thing he ate were rolls (He kept swiping them from the food table.) and dessert. I know, I know, you’re thinking that is not a suitable meal for a toddler. However, if you’re the parent of a toddler, you know that sometimes you have to pick your battles!

We always host our immediate families on Thanksgiving day. In 2015, a few weeks after we got married, we decided to have our families over and do all the cooking. We stayed up until midnight the night before prepping everything. Let me just say, after that, we developed a greater appreciation for our parents/grandparents for doing all the cooking for so many years, and now we ask our families to bring food, too!

I’ve learned how important it is to involve Isaac in things, including cooking and preparing for company. I had some brown wrapping paper and cut it into a long strip. Then I drew leaves, pumpkins, etc. and let Isaac color it. It was a fun way to get him involved with Thanksgiving prep.

I was just a little proud of how my apple pie turned out. It’s hard to tell, but part of the crust is braided. The recipe is linked in this post.

As usual, Isaac provided quite the entertainment. Dad said it’s like going to a dinner-theater but for free.

Daniel’s mom loves to cook, so we went to her house for lunch. She had a garden over the summer and sometimes still finds veggies in it. She had a green bell pepper for Isaac, which he ate better than the other food. As previously mentioned, we’ve learned when to pick our battles on making him eat.

Unfortunately, my dad’s side of the family decided not to have a big get-together this year because my grandfather just turned 95! We missed them but are thankful do the family we did get to see.

I hope you’ve enjoyed your Thanksgiving, regardless of what it looked like this year!