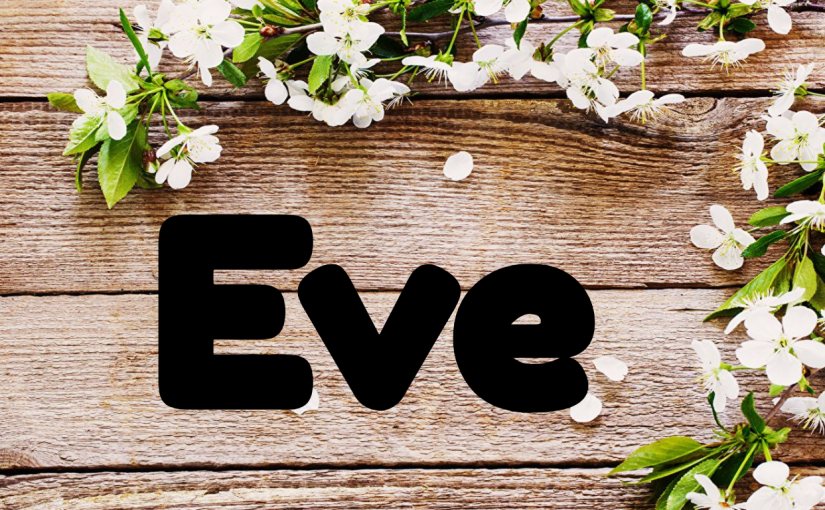 Last week, I did a few polls on Instagram about what kind of content you’d like to see from me. When I asked if posts about lessons we can learn from women in the Bible would be interesting, 100% of voters said, “Yes,” so here were are.

I recently started teaching the women’s Sunday School class at church, and we’re going through an in-depth study of women from the Bible. Eve was the first on that list.

If you’re unfamiliar with her story, Eve, and her husband, Adam, were the first people God created. They lived in the Garden of Eden, and everything was perfect. Then, a serpent, which was Satan incarnate, tempted Eve to eat fruit from the tree of knowledge of good and evil. This was the only thing God had warned her and Adam against.

Unfortunately, Eve gave into temptation, and Adam ate the fruit, too. With that “simple” act, sin entered the world.

Here are four lessons we can learn from Eve:

We must be careful of believing half truths because essentially, they’re still lies. We might try to claim ignorance, but each of us is born with a basic understanding of right and wrong.

After Adam and Eve ate the fruit, and their eyes were opened, God came walking in the garden. They hid and covered themselves with leaves. When God found them, even though He knew what they’d done, He still gave them a chance to explain. What did Adam and Eve do? Adam blamed God and Eve, and she blamed the serpent.

When we sin, no one is to blame but ourselves. We must each stand accountable for our own wrongs. Remember, when we point a finger at someone else, there are three more pointing right back at us.

Adam, Eve, and the serpent (Satan) each received a curse as a result of their sin. Adam would have to work the land. Eve would experience pain in child birth. The serpent would crawl on his belly and would have his head crushed by man.

When we sin, we have to live with the repercussions. Even if it seems like we’re getting away with it, someone always finds out. Additionally, sometimes those consequences are long-lasting, and they usually affect others.

Yes, Eve messed up big time, but God is merciful and offered her [and Adam] redemption. They were allowed to continue living. They were able to have children. No, their lives were no longer perfect, but God showed them grace.

We are imperfect people and sin. That’s just the way it is. However, God offers redemption to us; His name is Jesus Christ. If we ask Jesus into our hearts, and believe in Him, we can have eternal life in heaven. That’s the ultimate redemption.

I hope you’ve learned as much from Eve as I have.

5 thoughts on “Life Lessons from Women in the Bible: Eve”